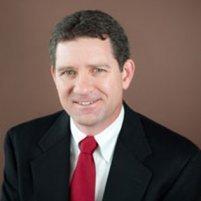 As a board-certified OBGYN physician, Dr. John Paul Roberts can offer his patients a variety of birth control options, including tubal ligation, IUDs, oral contraceptives, and the Nexplanon® implant. Dr. Roberts encourages his patients living in the Celina and Plano, Texas areas to visit his office if they have any questions or concerns about the contraceptive method they’re using or if they need more information.

What is a tubal ligation?

A tubal ligation procedure is a permanent form of female birth control. Also referred to as sterilization, the procedure isn’t intended to be reversible and is normally only offered to women who are certain that they don’t want to become pregnant.

Tubal ligations are a laparoscopic procedure that’s performed through three small incisions in the abdomen. During the procedure, Dr. Roberts will “tie” or cauterize the woman's tubes so that the eggs can’t be released during ovulation. This permanently seals the tubes, eliminating the chances of an unwanted pregnancy.

How does Nexplanon® work?

The Nexplanon implant is a small device that’s implanted in the fleshy portion of the upper arm. Dr. Roberts will make a small incision and place the implant on the underside of the arm, where it can't be seen or felt. The device is approximately 4 cm in length and is extremely flexible, allowing it to move with the tissues of the arm and reduce any type of discomfort. The implant continually releases a small amount of progestin hormone and can remain in place for up to 3 years. The best part of it all is that it’s completely reversible, and can be removed at any time without any adverse effects.

What are the risks associated with IUDs?

IUDs, or intrauterine devices, are effective forms of birth control that consist of a small, T-shaped device that’s inserted into the uterus. The device is made from either plastic or copper and, depending on the type used, can be left in place for 5-10 years.

The main risks associated with the use of IUDs is that they can shift within the uterus or get dislodged. If the device becomes dislodged, it can perforate the uterine lining or cause abnormal menstrual problems. When an IUD is in place, it’s important to visit Dr. Robert's office on a regular basis to ensure that it’s working correctly. If any problems occur, the patient should call Dr. Roberts immediately.

We accept most insurances. Please call us today if you have any questions!

Words from our patients